Emma Peeters (Quebec’s Monia Chokri) is about to celebrate her 35th birthday – her life’s achievements have thus far been unremarkable. After struggling for years without success to become an actress in Paris, Emma becomes fixated on an idea: she’ll commit suicide the following week, on her exact birth date. During her preparations, she meets Alex Bodart, who works at the funeral home she’s been consulting. Alex is also an amateur filmmaker and offers to star Emma in a film of her own life. While camouflaging their true feelings, Alex and Emma undertake this bizarre project together…Belgian director-screenwriter Nicole Palo brings us a wonderful black comedy, an existential and generational crisis filmed through a uniquely whimsical filter. 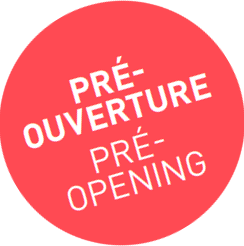