Steve Landry (portrayed touchingly by Mathieu Kassovitz in perhaps his greatest role), is a 40-something boxer whose lengthy career covers more losses than wins. Before hanging-up his gloves, he accepts an assignment that few boxers would ever contemplate, that of sparring partner of a great champion, (played by real-life superlightweight MBA champion Souleymane M’Baye).

In striving for authenticity, Mathieu Kassovitz actually practiced in the ring and even fought a professional boxer to a draw after 3 rounds!

First-time director Samuel Jouy sums-up his gritty and absorbing movie, by commenting: “It’s not a film about boxing, but rather one about a boxer’s life, his devotion to his wife, children and his passion.” 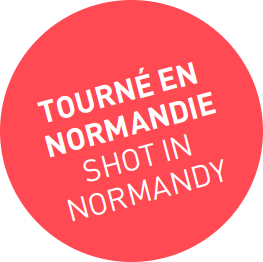 On Tuesday November 6 the screening will be preceeded by short film Quelques premières fois by Kristina Wagenbauer, presented at the Trouville Off courts Festival.
Made possible by