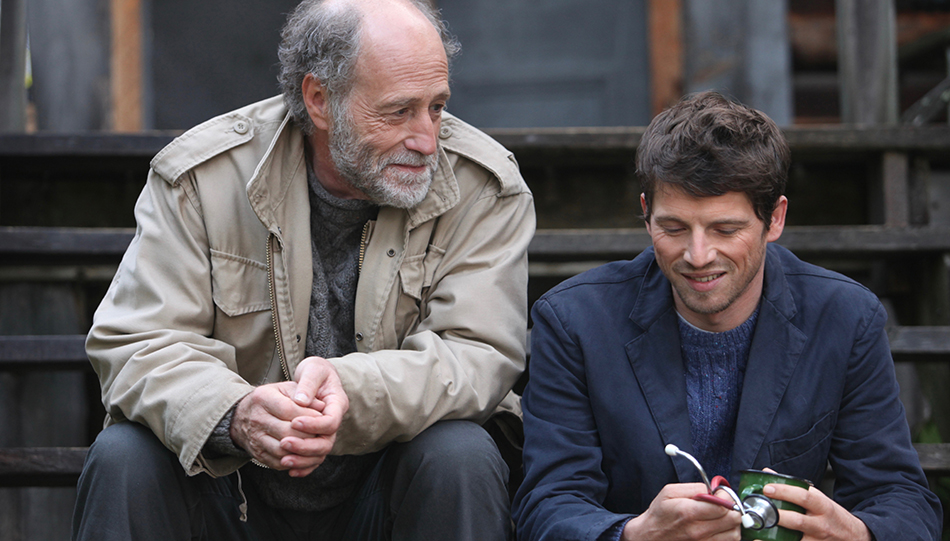 Filmed in Quebec, LE FILS DE JEAN by Philippe Lioret received the GRAND PRIX MEL HOPPENHEIM, the top CINEMANIA prize awarded since 1998. The winning film, a North American premiere, is a France-Quebec co-production starring Quebec actors Gabriel Arcand, Marie-Therese Fortin, Catherine De Lean, Pierre-Yves Cardinal and Patrick Hivon. The film follows the story of Mathieu (Pierre Deladonchamps), a 33-year-old Parisian who never knew his father. One morning in Paris he receives a surprising phone call that his birth father, a Quebecois, has just passed away. He also discovers that he has two half-brothers and he quickly decides to depart for Montreal to meet them, and attend his father’s funeral. Upon arrival, Mathieu begins to realize that they never knew he existed and what’s more, don’t care to get to know him! And, to complicate matters, his father’s oldest friend, a taciturn old guy, throws a further monkey-wrench into the works. LE FILS DE JEAN formed part of the program that CINEMANIA co-sponsored and co-hosted in welcoming the RCF conference (Rencontres de Coproductions Francophone), held for the first time in Montreal simultaneously with CINEMANIA. Over 200 film industry professionals attended the 13th annual RCF conference at workshops and meetings at the Hotel Sofitel Golden Mile and at La Cinematheque Quebecoise from Novenber 8-11. Attendees had the opportunity to screen the premiere of the Quebec-France coproduction LE FILS DE JEAN (by Philippe Lioret and Marielle Duigou of Fin Aout Productions from France, and Marie-Claude Poulin and Pierre Even of Even de Item 7 from Quebec).