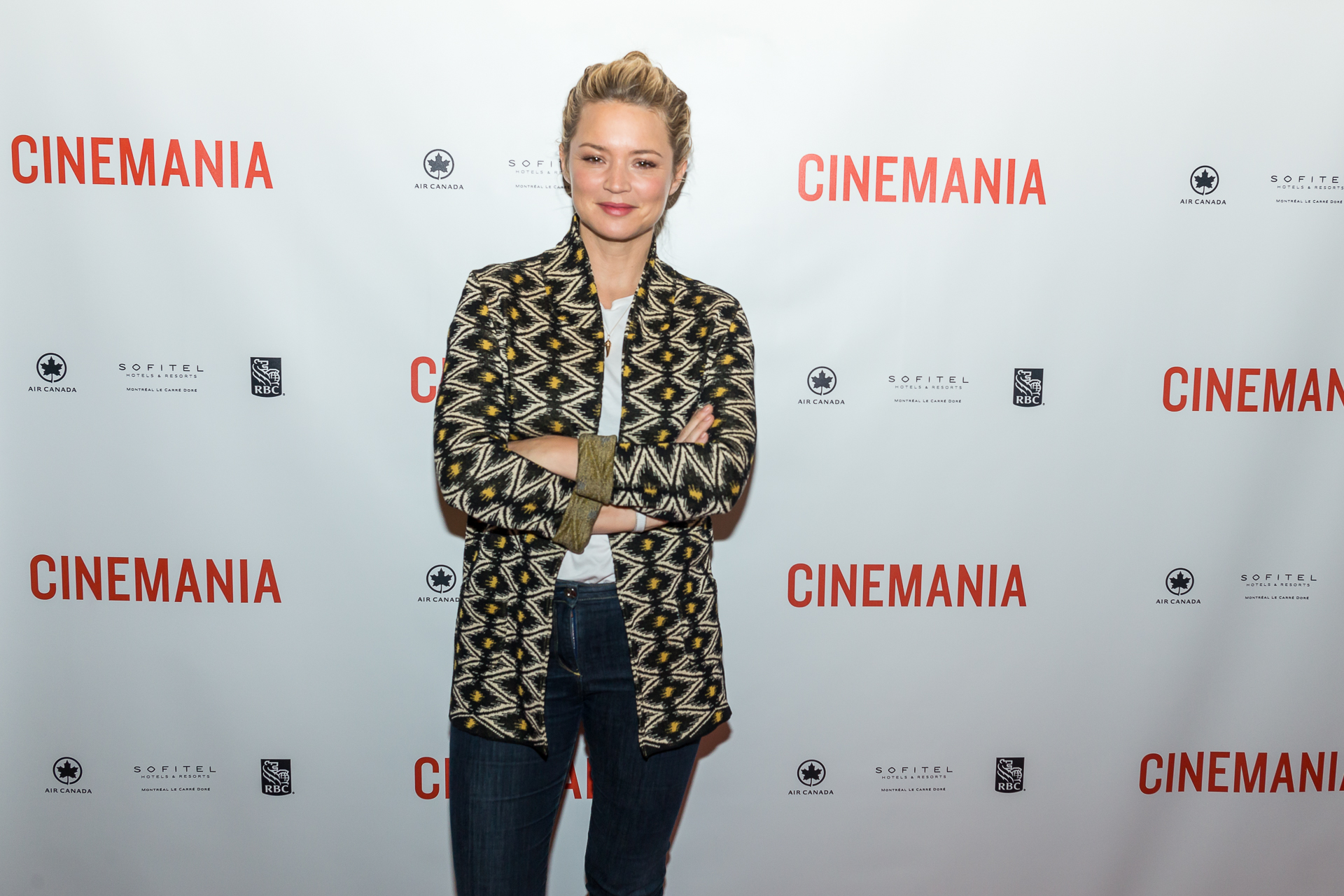 CINEMANIA has the honour of hosting Virginie Efira. Montreal audiences will have a unique opportunity to attend screenings of three of her newest films: ELLE by Paul Verhoeven, UP FOR LOVE (UN HOMME À LA HAUTEUR) by Laurent Tirard, and IN BED WITH VICTORIA (VICTORIA) by Justine Tiet.

Virginie Efira has taken French cinema by storm over the last few years in both starring and co-starring roles in no less than 15 feature films since 2010. The programming team recognized her talent early on and has screened several of her films including the dramatic-comedy A SENSE OF WONDER (LE GOÛT DES MERVEILLES) by Eric Besnard, that won the Grand Prix du Public Mel Hoppenheim at CINEMANIA 2015.

The effervescent actress studied at l’Institut National Superieur des Arts du Spectacle and at the Conservatoire Royal in Belgium. What followed was a well-deserved celebrity career in feature films, mostly romantic-comedies. She is a versatile actress and has also been outstanding in dramatic roles, in thrillers such as ELLE, the film that will represent France in the Best Foreign Film category at the Oscars 2017 – this Official Competition Cannes 2016 drama by Paul Verhoeven will be screened at CINEMANIA 2016.

ELLE is Paul Verhoeven’s first film in 10 years -- he has succeeded in creating a suspenseful and sexual thriller, a sophisticated social satire filled with black humour. Isabelle Huppert, Laurent Lafitte and Virginie Efira star in the screening.

In addition, CINEMANIA filmgoers are invited to attend a “meet-the-public” event to be held at Hotel Sofitel Golden Mile between 5:00PM and 6:00PM on Saturday, November 12th, sponsored by Banque Transatlantique. It’s an intimate opportunity to learn more about the trajectory of Virginie Efira’s shooting-star career.
Retour