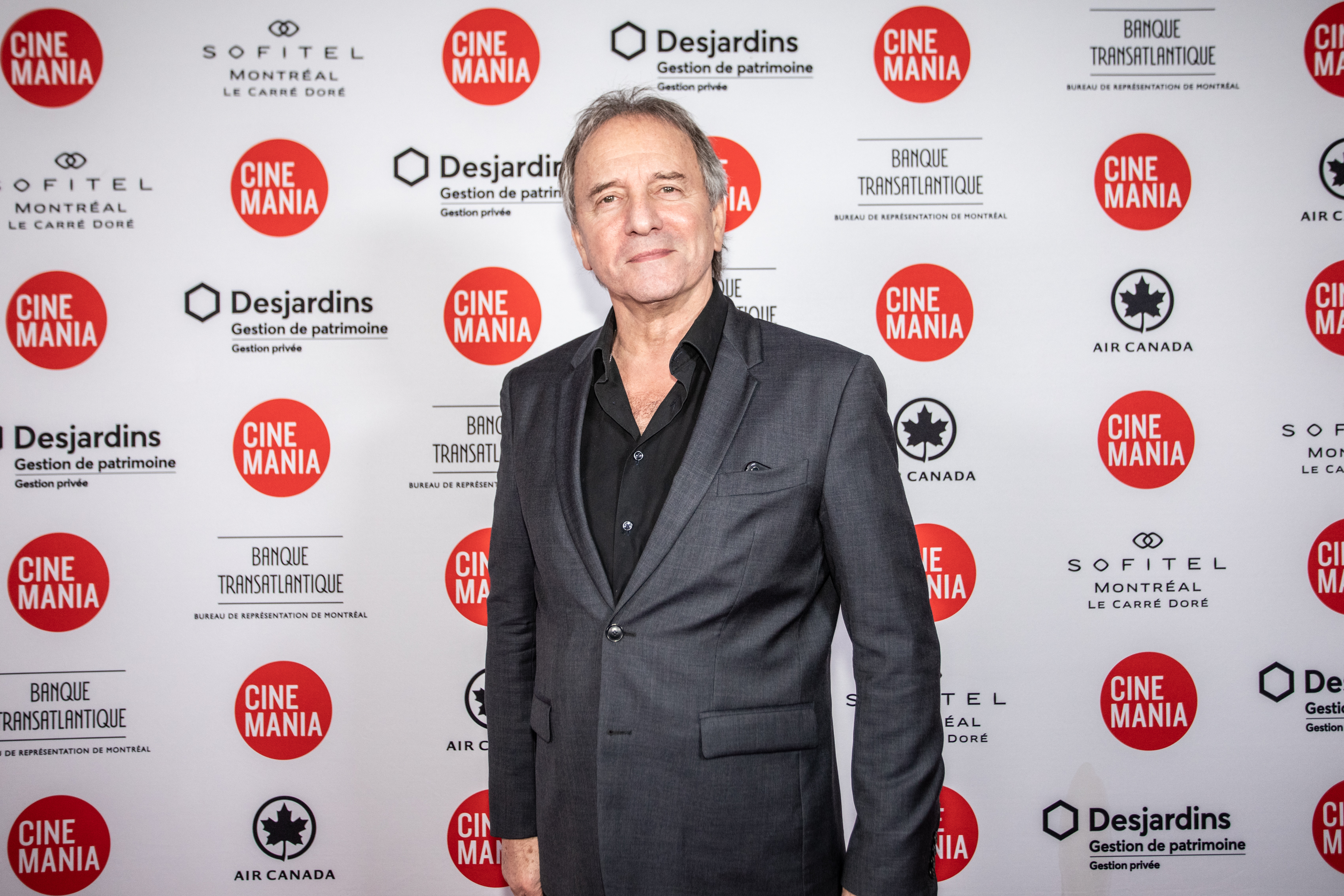 Michel Côté - among others known for his roles in cult films CCRUISING BAR 1 & 2, C.R.A.Z.Y, DE PÈRE EN FLIC 1 & 2, LES MAÎTRES DU SUSPENSE, OMERTÀ, PICHÉ - was on CINEMANIA's red carpet this Sunday November 11th for the screening of the closing film of the Festival: Alexis Michalik's EDMOND. This international premiere was an opportunity for the famous Quebec actor to attend CINEMANIA for the first time.

"Even though I had heard a lot about it around me, I had never been to the Festival, much to my regret, especially because of the tours of the play BROUE that took all my time ..." declared Côté to journalists gathered at the Imperial Cinema. "But I must say that I am seduced, and even impressed, by the quality of programming this year."

In 2006, both at the Genie Award Ceremony and the Soirée des Jutra, Michel Côté won the distinction of "Best Actor" for his interpretation of the character of the father in C.R.A.Z.Y. directed by Jean-Marc Vallée. One of his biggest hits at the cinema is CRUISING BAR, directed by Robert Ménard. In 2013 he was awarded by the prestigious "Jutra-homage" for his entire career.

This year as part of the 24th edition of CINEMANIA, the 68-year-old actor - born in Alma, Qc - was part if the round table with the Festival's guests, on Saturday, November 10. This discussion, about the representation of Francophone cinema around the world, also brought together actors Sophie Desmarais, Laurent Lafitte, filmmakers Eva Husson, Nathan Ambrosioni, and producer Dominique Besnehard.
Retour