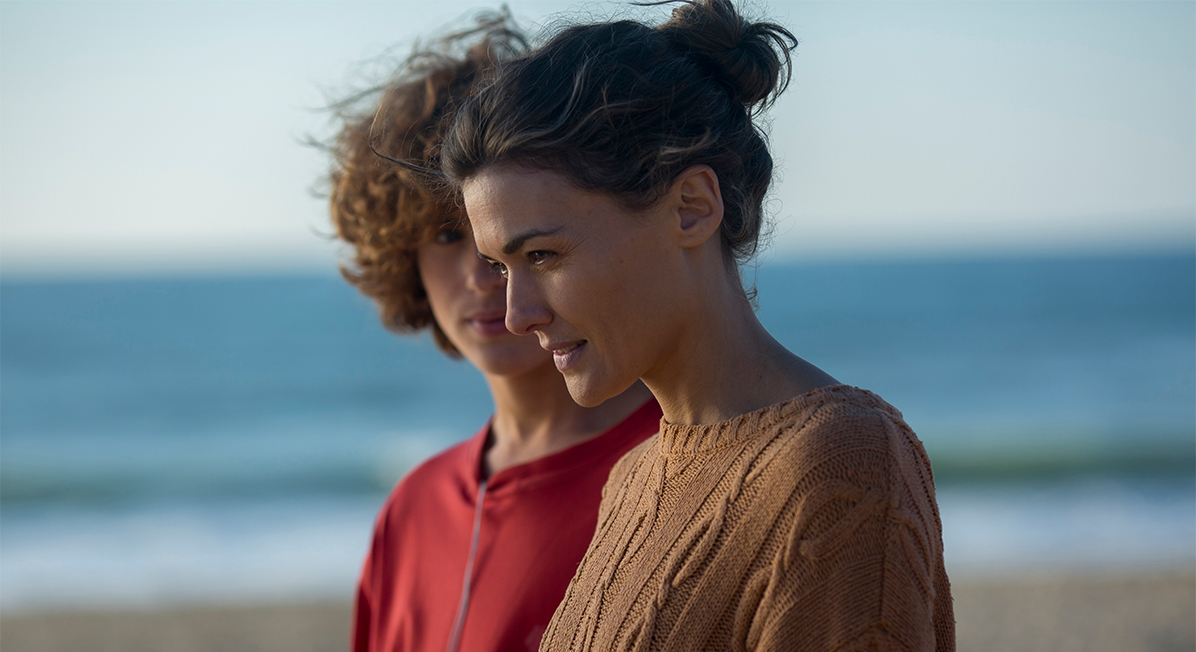 With a 26th edition adapted to our current circumstances, CINEMANIA is re-centering its selection on the very best Francophone productions available. With its programming, the festival reminds us of the importance of cultural pluralism, and how crucial it is for major Francophone communities to engage in dialogue with one another. With forays into the three major poles of production that are Europe, Africa, and North America, and thanks to a strong Quebec presence, now more than ever, CINEMANIA’s programming will help enhance the influence of Francophone culture as a whole.

This year, new films have been released, and with them we see the emergence of new creators. These films deserve to exist and must continue to travel between countries to allow the public to have access to them. As usual, CINEMANIA will present titles that have been selected by major international festivals such as Namur, Toronto, Angoulême, Berlin, Venice.

⇢ MAMA WEED by Jean-Paul Salomé
An explosive farce practicing self-mockery that brilliantly exploits the incredible comic talent of Isabelle Huppert in the role of a Parisian drug baroness.

⇢ SUMMER 85 by François Ozon
A love story between two boys in the mid-80s in a Normandy seaside resort.

⇢ SOMEONE, SOMEWHERE the new film by Cédric Klapisch
The director of L'AUBERGE ESPAGNOLE finds his favorite genre: generational romantic comedy, and he returns to the Parisian and endearing spirit that made the success of his greatest films.

⇢ UNDER THE STARS OF PARIS by Claus Drexel
A social drama in which the director offers Catherine Frot one of his most beautiful roles: that of an itinerant person living under the bridges of Paris. The Caesarized actress moves and impresses in the skin of a "forgotten of the world".

⇢ NIGHT SHIFT by Anne Fontaine
A social drama that strives to accurately depict the function of a police officer in its most human dimension. With an exceptional trio of actors: Virginie Efira, Omar Sy and Grégory Gadebois.

⇢ A BIGGER WORLD by Fabienne Berthaud
A fascinating story about shamanism, filmed in Mongolia, adapted from a true story, which mixes documentary beauty and spiritualism.

⇢ MARGAUX HARTMAN by Ludovic Bergery
MARGAUX HARTMANN marks the return of actress Emmanuelle Béart after a 20-year absence from the cinema.

⇢ MY STUPID DOG by Yvan Attal
A cynical comedy in which actor-director Yvan Attal directs his partner Charlotte Gainsbourg to depict with great humor the long depression of an unproductive novelist.

Go to the films page to explore the entire program.

⇢ MY BEST PART by Nicolas Maury
The first film by Nicolas Maury, an actor popularized by the series APPELL MY AGENT and who had been seen in Yann Gonzalez's UN COUTEAU DANS LE COEUR (A KNIFE IN THE HEART). Maury plays the role of a fallen artist in search of meaning who goes to the countryside to take refuge with his mother, played by Nathalie Baye.

⇢ NIGHT RIDE by Frédéric Farrucci
A lyrical, elegant and sober thriller that plunges into the world of private drivers controlled by the Chinese mafia in Paris.

⇢ SPRING BLOSSOM by and with Suzanne Lindon
A first film about the love emotions of a 16-year-old girl, with Arnaud Valois revealed at Cannes in 120 BATTEMENTS PER MINUTE.

⇢ THE THIRD WAR by Giovanni Aloi
Presented in world premiere this year at the 77th edition of the prestigious Venice Mostra, this military drama takes a close look at the soldiers engaged in the invisible fight against terrorism.

⇢ GOLD FOR DOGS by Anna Cazenave Cambet
Winner of the prestigious Cannes 2020 Critics' Week Label, this film tells the story of a 17-year-old girl in perpetual search of affection. Tallulah Cassavetti is the great revelation of this feminist drama, starring Julie Depardieu.

Go to the films page to explore the entire program.

As part of the must-see films of 2020, CINEMANIA is proud to present this year 3 major films that evoke in an innovative way Algeria: the country as it is today, but also and especially its past conflict with France.

⇢ SISTERS by Yamina Benguigui
The great return of the filmmaker Yamina Benguigui, who looks back at her own story and that of her father, an FLN independence activist. The film, partly shot in Algiers, stars a host of French actresses of Algerian origin, including Isabelle Adjani, Maïwenn and Hafsia Herzi (director of TU MÉRITES UN AMOUR, which we showed last year).

⇢ HOME FRONT by Lucas Belvaux
Lucas Belvaux's eleventh feature film tells the story of veterans of the Algerian war caught up with their past more than forty years after the fact. With a three-star cast: Gérard Depardieu, Jean-Pierre Darroussin and Catherine Frot.

⇢ THE BREITNER COMMANDO by Abdel Raouf Dafri
A French film with Olivier Gourmet that takes a new look at the Algerian War of Independence and the exactions of a lawless military commando.

A youth jury chaired by actress Juliette Gosselin will be responsible for awarding the Prix jeunesse francophone TV5. This Jury, composed of Pascal Plante and Nahéma Ricci, among others, will award the prize among 10 films in competition. The titles in contention were selected for the strong and original perspective of emerging filmmakers on the current preoccupations of countries, regions and countries of the world.
Retour