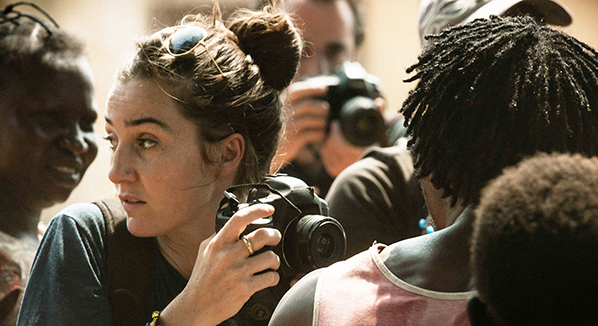 A jury made of young professionals from France, Belgium, Luxembourg, Louisiana, Morocco, New Brunswick and Quebec, presided over by actor Guillaume Lambert, awarded the TV5 Jeunesse Francophone Award of the 25th Edition of CINEMANIA to the film “CAMILLE” by director Boris Lojkine.

The jury stated: “A fitting and well-deserved prizewinning film that reminds us of a violent conflict almost forgotten by the media; a true story of a heroine that we know little of this side of the ocean, featuring exceptional editing and soundtrack as well as sensitive direction and realistic acting enhanced by the inclusion of many actual photographs taken by the young photo-journalist who lost her life reporting from the Central African Republic (CAR)”.

A “Special Mention” was awarded to the film “PAPICHA” by director Mounia Meddour (on local screens in 2020; AZ Films), "for the mastery of its subject matter, the immediacy of the storyline, the performance of its starring actress, and the tenaciousness of its talented director." The film will represent Algeria at the 2020 Oscars.