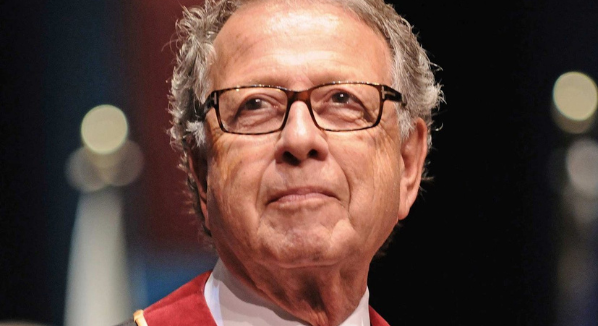 Montréal, Thursday July 28th, 2022 - It is with sadness that the CINEMANIA Film Festival team has learned of the passing of Mr. Mel Hoppenheim. The man who was nicknamed "the builder" in the Quebec film industry passed away on Wednesday, July 27, 2022, at the age of 84.
"We would like to extend our condolences to Mr. Hoppenheim's loved ones and family, especially his wife Rosemary and his children  Maura, Adam, Teri, Jenny, Caroline and Mel Jr, and his 13 grandchildren and 2 other great grandchildren," says Guilhem Caillard, CINEMANIA's General Manager. "Mel has supported our festival continuously since 1998, including during the most difficult times during the pandemic. I was always amazed by his energy, his great cinephilia and his attraction to the values of openness and sharing defended by the Francophonie."

"With the passing of Mel Hoppenheim, an important page in Quebec's film and television history has been turned. I have known Mel for many years in various capacities, notably at Inis or as a faithful contributor to CINEMANIA. I would like to salute the passionate man and builder that he was.” - Pierre Roy, President of the Board of Directors. 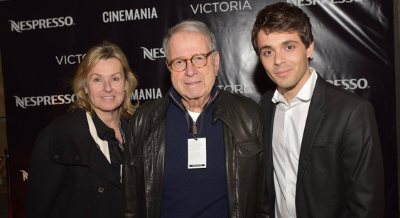 In 2012, he received the Grand Prix of America special award at the World Film Festival (WFF) to celebrate his remarkable career. An avowed cinephile, Mel is particularly fascinated by French film icons such as Catherine Deneuve and deeply admires Québécois filmmakers such as Jean-Pierre Lefebvre and Jean-Claude Labrecque.

His involvement with CINEMANIA
For 24 years, without interruption, always with passion and great generosity, Mel Hoppenheim gave his personal support to CINEMANIA. With his unwavering commitment, he has made a significant contribution to the growth of the festival. Since 1998, we have presented the main award in his name to the film with the most votes from the audience. The "Mel Hoppenheim Audience Award" celebrates the most popular feature film of the selection every year. The award has been given to established filmmakers such as Radu Mihaileanu, Nicolas Vanier, Olivier Assayas, Volker Schlöndorff and François Ozon, and has also revealed new talent in Canada, such as director Maïwenn and Quebec-Abenaki filmmaker Kim O'Bomsawin, who received the award in 2020 for her documentary Call me human.